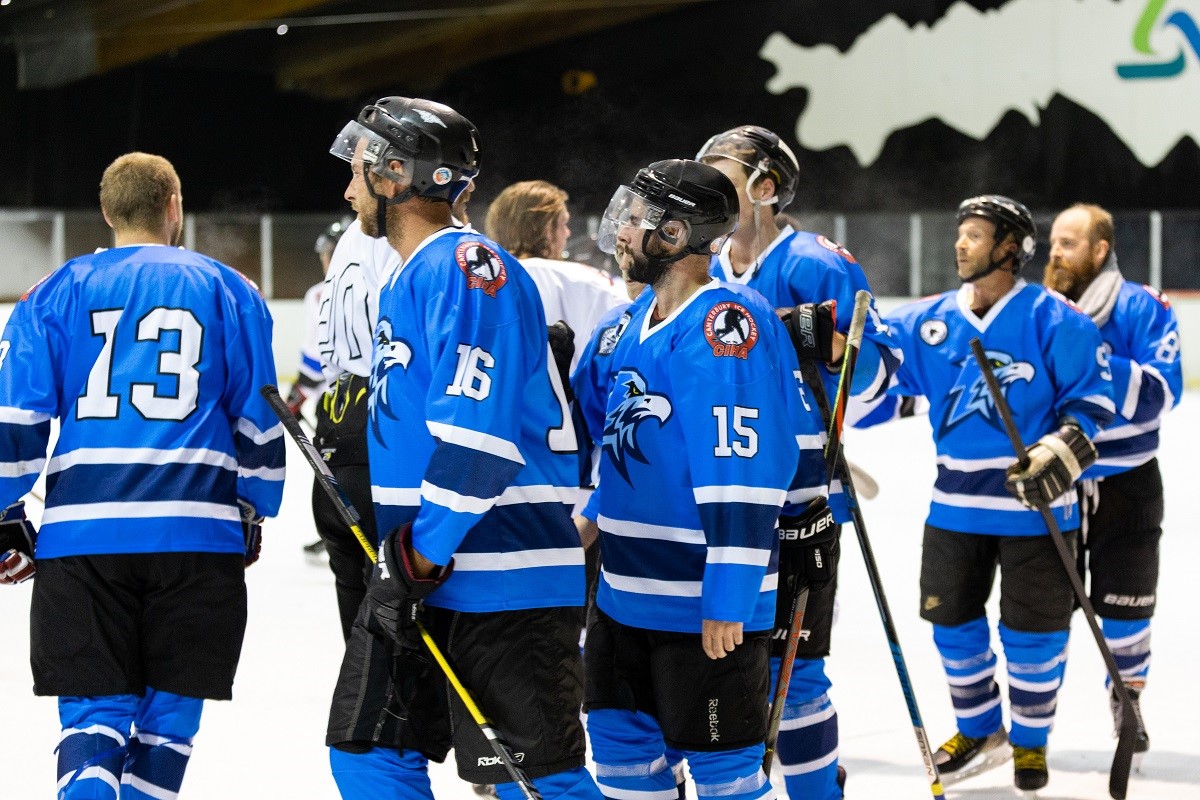 As part of its ongoing mission to grow and develop ice hockey for all ages and skill levels across New Zealand, the NZIHF recently collaborated with and provided assistance to one of its regional member associations, the Canterbury Ice Hockey Association, in the development and launch of its new Canterbury Ice Hockey League Premier Division, which represents Canterbury’s highest level of adult non-checking play.

Four new teams were formed through a draft process in March and they played their first games on Tuesday, April 5th. The teams didn’t disappoint, playing two fast, hard-fought, and close games, with empty-net goals helping decide the outcomes. In the end, the Hawks clawed their way to a 8-6 victory over the Avalanche, and the Wizards worked their magic on the Rays for a 6-3 win.

Planning is underway to establish the Premier League across all NZIHF affiliated regions, and we look forward to continuing working with CIHA and our other regional member associations on initiatives such as this.

Best wishes to CIHA and all the teams in its new CIHL Premier Division!