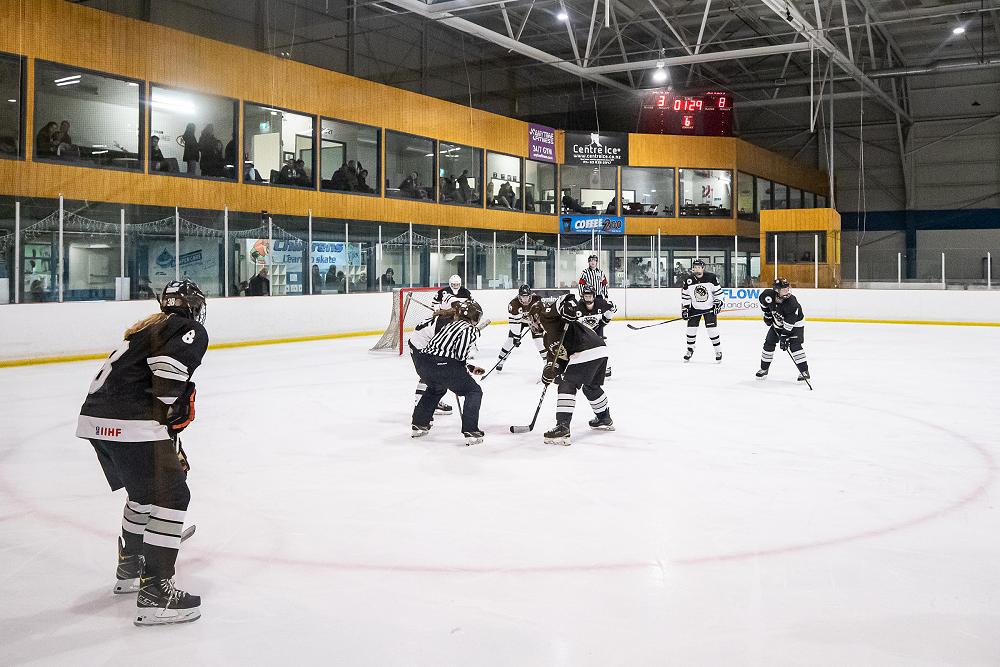 The Women’s Triple Star ice hockey camp took place over the weekend in Dunedin, which saw junior and senior female players from around New Zealand gather together as part of the national team development programme.

The Triple Star programme focusses on bringing players, coaches and staff together to further develop the national women’s teams for domestic and international competition.

Players from both teams, as well as other players from around the country took part in a Team Black vs. Team White feature game, which saw Team Black win 8:6.

The weekend was a great success for the women’s programme, with NZIHF Women’s Portfolio holder, Jan Goulding, saying that development initiatives like the Triple Star programme are key to the continual improvement of our women’s teams.

View a replay of the livestream on the NZIHL YouTube channel: https://www.youtube.com/watch?v=MKiQinIberw